Adivaani (http://adivaani.org/) is an independent publishing house of and by Adivasis based in Kolkata. The brainchild of the dynamic Ruby Hembrom, its founding director, its aim is to claim a stake in literary, academic and cultural spaces and assert adivasi identity through its activities.

It has in its  two short years of its existence 2 year old achieved a lot : ten books, two documentary films , an English language learning initiative for Adivasi learning centres through reading Adivasi stories - Tapestry of Traditions,  several book fairs (Delhi Book Fair 2013,  2 of their children's books traveled to the Bologna Children's Book Fair, Frankfurt Book Fair 2014), ten workshops and talks on Adivasi issues and an annual Prize for Indigenous writing started in 2013. No mean feat this!

Adivaani publishes  not only  Adivasi narratives but also indigenous writings from around the world in the hope of building solidarity amongst indigenous populations across geographies by sharing indigenous knowledge and experiences with them.  Dancing on our turtle’s back by Canadian indigenous scholar Leanne Betasamosake Simpson is the first book for which they have received foreign rights.

Most Adivasi children with the opportunity at education are learning English at some level and in some form or the other. But there’s still a gap between them and other children in India. To fill this gap, Adivaani's project has initiated the use of stories of Adivasi origin along with animations to assist in teaching English. 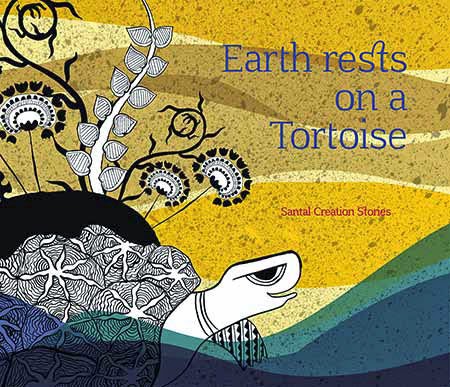 The two illustrated books (so far) on the Santal Creation stories series aim to be the instrument to achieve a mastery of English on the one hand and on another level accomplish something more critical– re-initiating children to these wonderful stories of Adivasi origin. 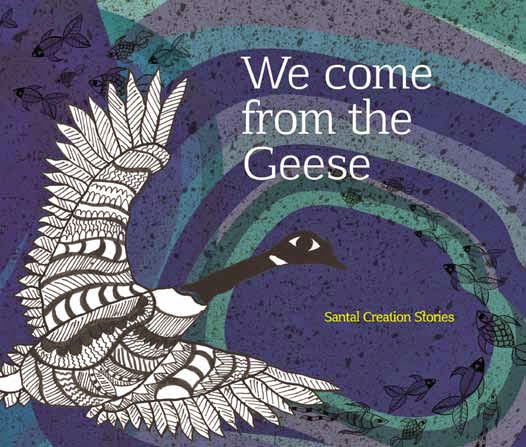 Adivaani is looking for learning centres with a sizeable adivasi student population in order to share the learning methodology with teachers at such schools.
Posted by Daricha at 4:22 AM