Midnight. It is Buddha Purnima now. Every year, on this night, thousands of tribals from Jharkhand, Odisha and West Bengal gather at the Ayodhya Hills on the full moon night, to celebrate Disom Sendra, a hundred year old tribal festival. Also known as Shikar Utsav or Parab, this is the annual ritual hunting festival of the Santals, in which men from all the households participate. It is believed that young boys attain adulthood during this festival.

Mohua, the local brew is consumed and after singing and dancing around a fire, the tribals set out, torch in hand, for the hunt. They hunt through the night and then enjoy a community meal the following day prepared from the game that was killed. Community elders act as umpires in case of disputes between various groups. There is also a fair that takes place on this occasion.

The Forest Department has been trying to raise awareness against poaching, but it seems that little can be done.

Daricha Foundation hopes to bring you some images from this year's celebrations - but till then, here are some images : http://www.citizenside.com/en/photos/culture/2013-05-24/79368/disum-sendra-hunting-festival-by-the-santhali.html#f=0/722071

The photos arrived  - but are not fit for the feeble minded. So I am just posting one : 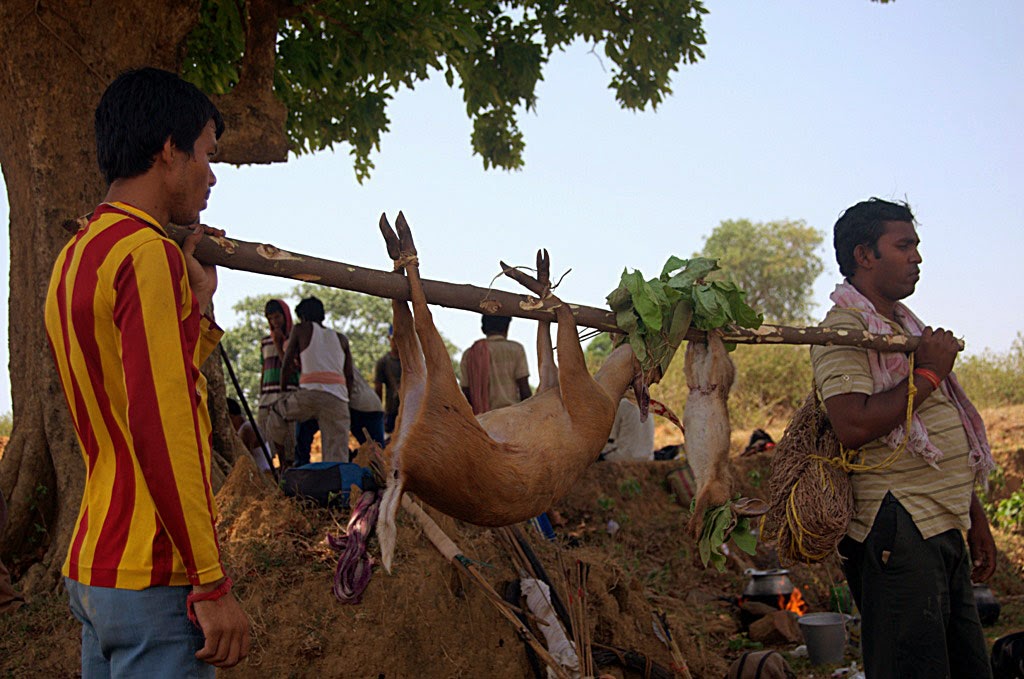